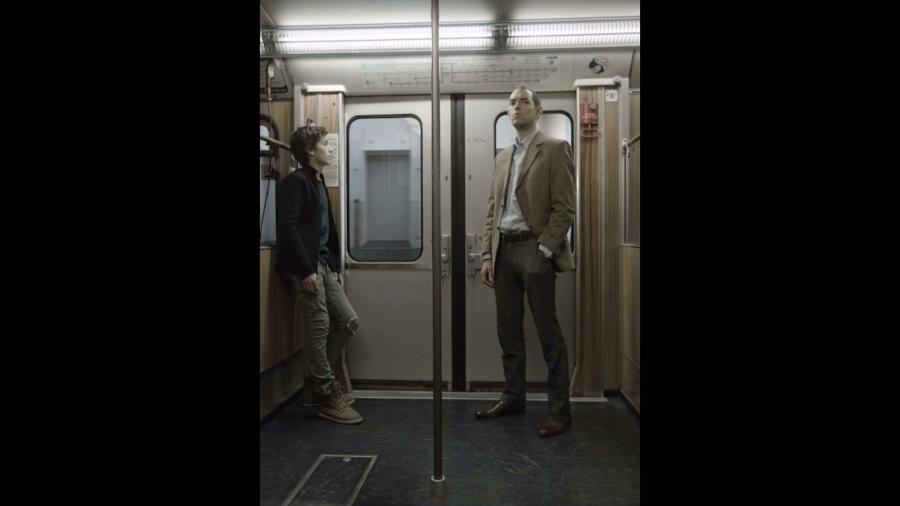 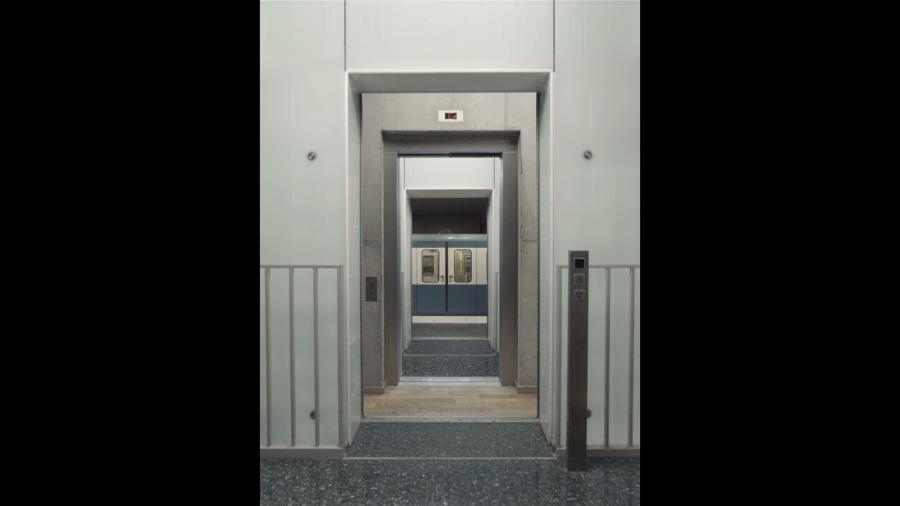 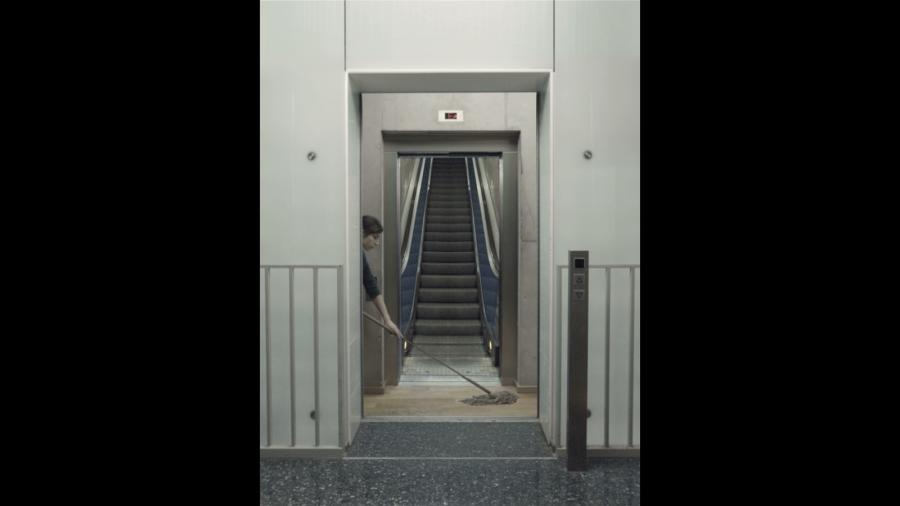 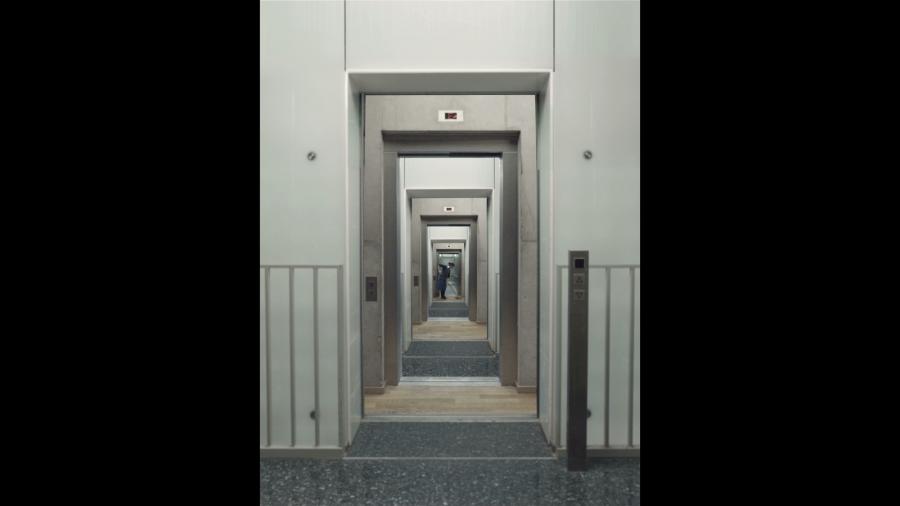 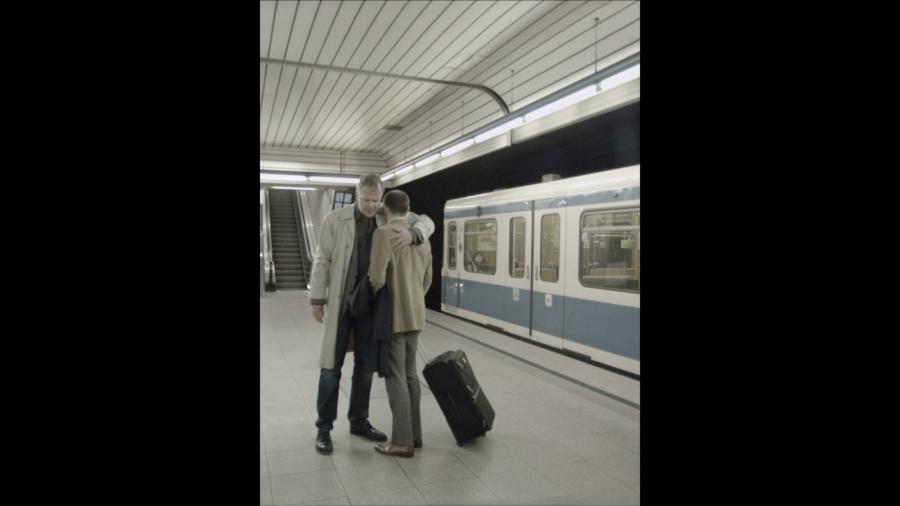 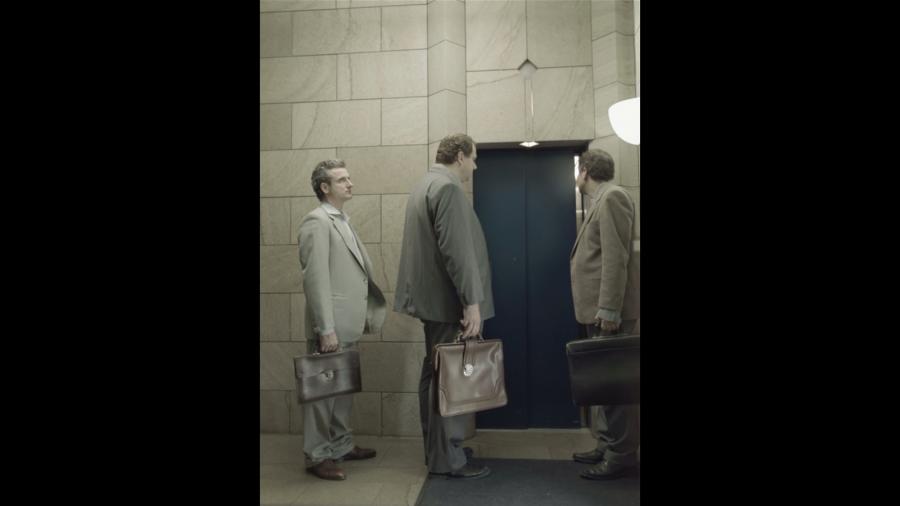 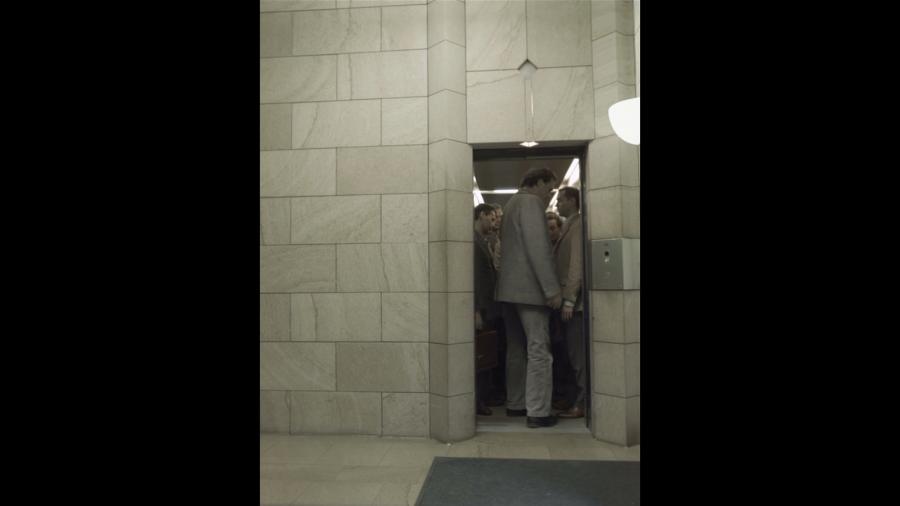 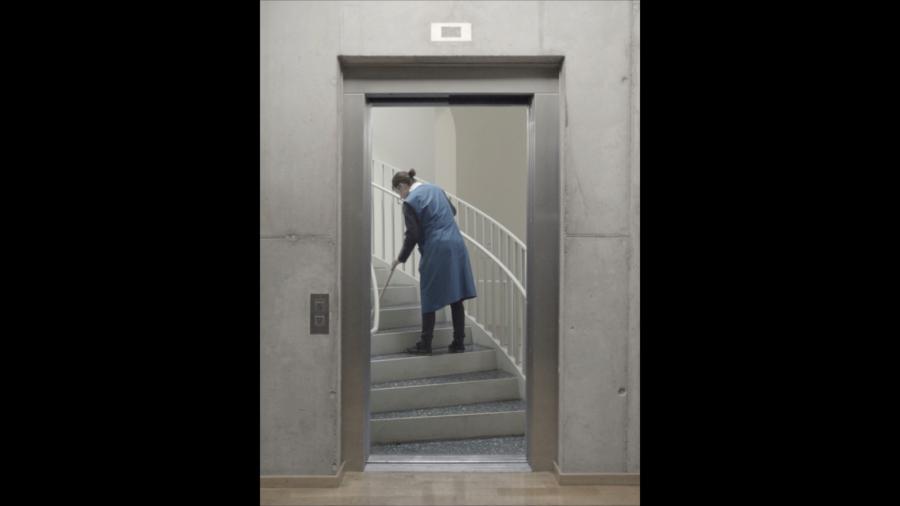 The elevator doors open up like a curtain. Behind them is neither an opulent show nor a grand narrative. Instead, behind them are other, open elevator doors. When the doors slide open yet another time, they reveal a view of a curved staircase, an escalator, or an ordinary elevator setting: the interior of a strictly structured, rhythmic, aestheticized world. Yet, an exterior—and thus, possibly, an exit—cannot be seen in Anuk Miladinovićs video, access (2012).

Space is a construct, a composition. A setting. This is made obvious in the artist’s videos and installations. At the same time, the composed spaces seem like disturbing worlds, especially in the newer videos. You can descend into them, as if into the subconscious. They contain, however, no emotional depths in epic form; rather, what is revealed is a complete emptiness, which seems all the deeper. The observer is thrown back upon himself. Some fill this void with laughing, others with a sense of unease. Far from any clear moral or symbol, Miladinovićs videos present an emotionless world, which provides room for emotions—but they remain indistinct, teetering, a little stuck in the throat.