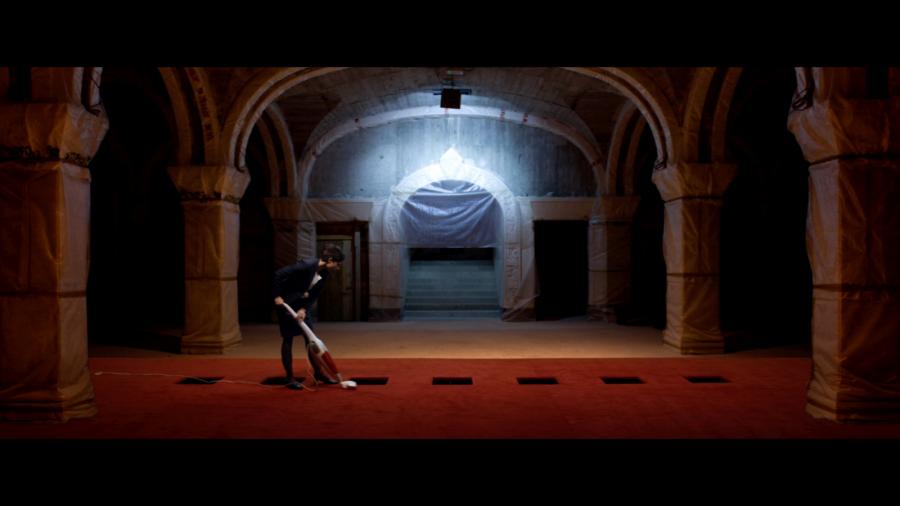 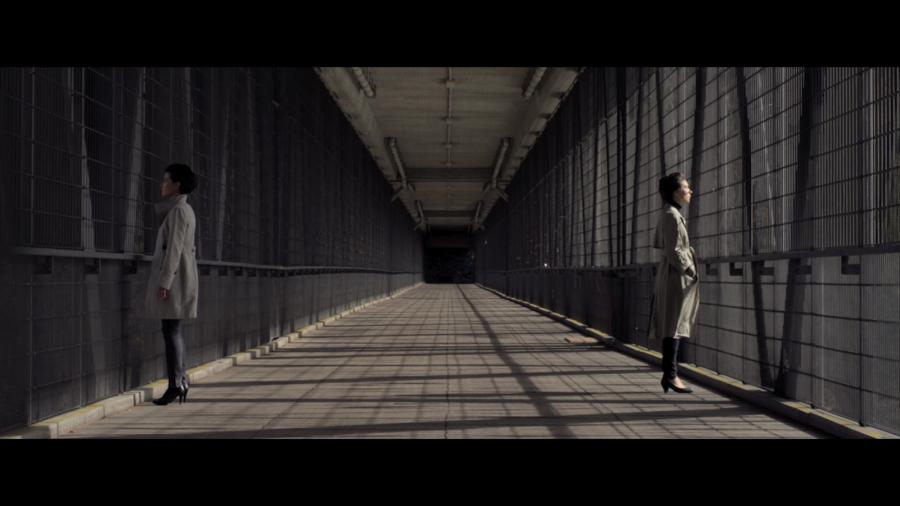 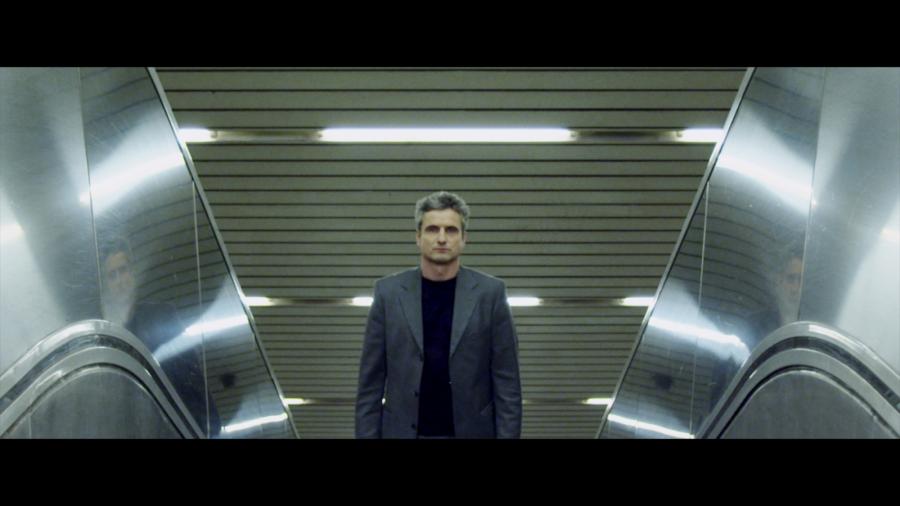 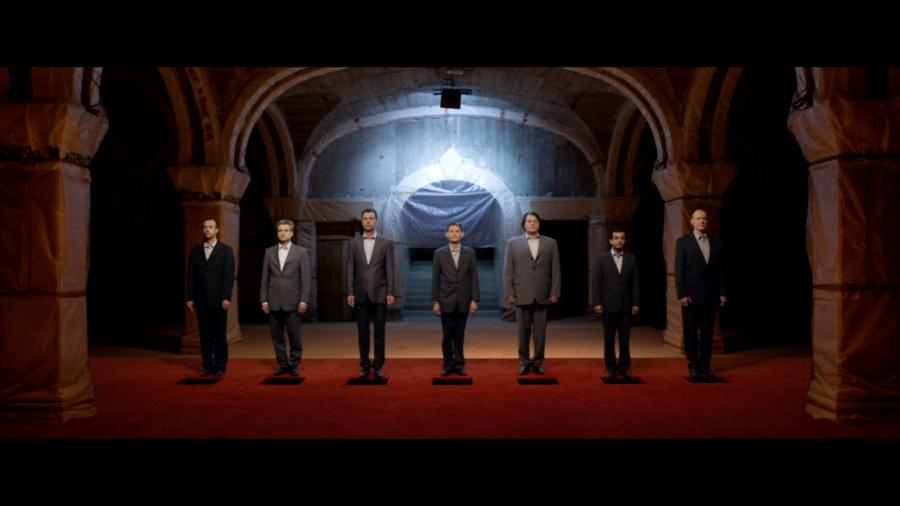 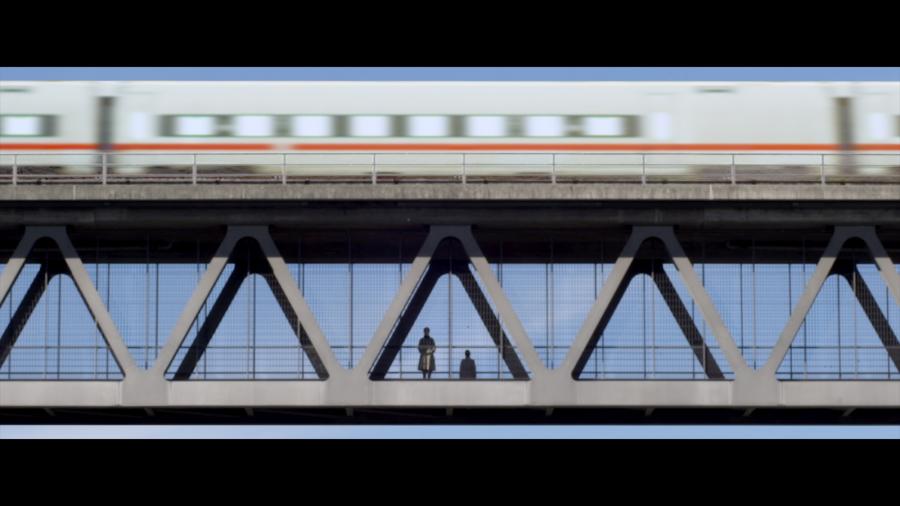 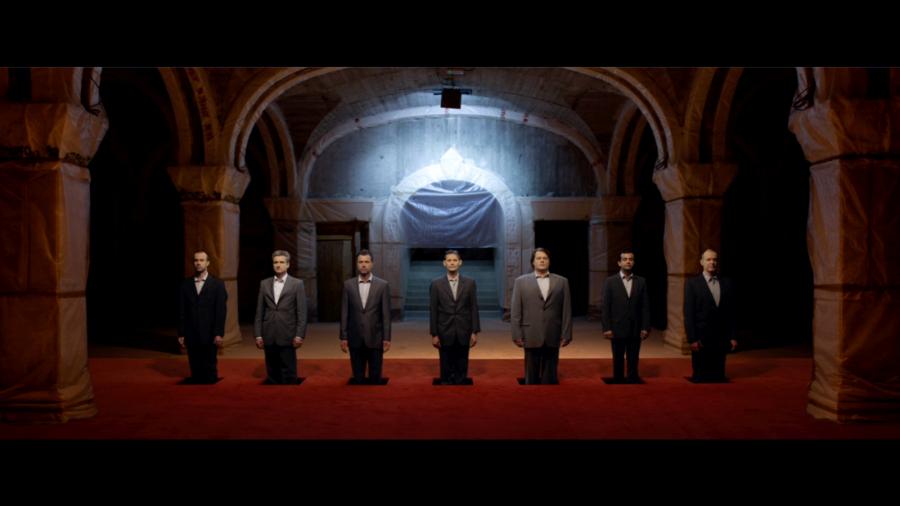 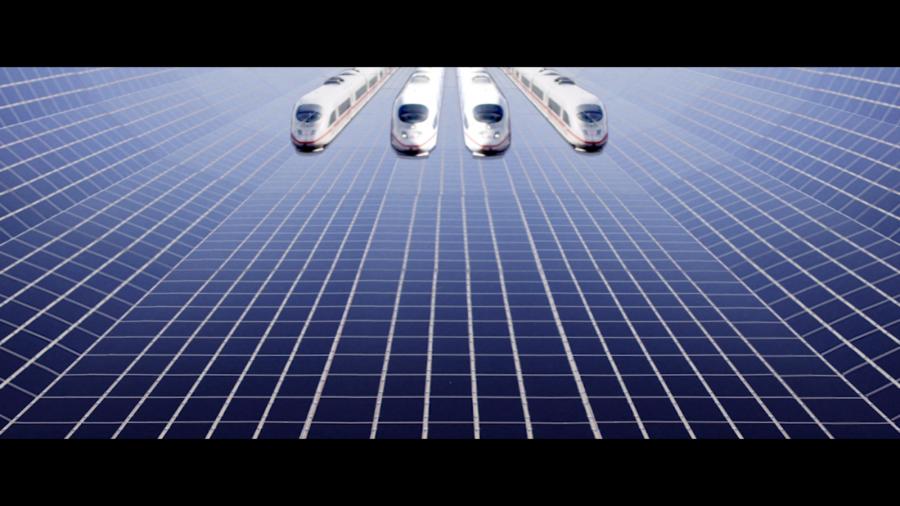 The phenomena of space and time [...] represent the main subject matter of Anuk Miladinović in her work Ordinance. [...] Her video starts and ends in a crypt – the place where secrets are hiding, and where people meet at eye-level – with a young woman vacuuming the carpet.

In between these two (starting and ending) points, we see a series of shots of transit places – escalators or a two-story pedestrian and railway passage. The people that appear seem to quietly and devotedly follow some non-transparent choreographies. The air is full of something promising: the appearance of another person, the arrival of an event, a signal for an action. Atmospherically thick sequences alternate like freeze frames; instead of hard cuts, the artist uses cross fadings, which result in the overlapping of motifs. The action and the sound are reduced to a minimum.

Only the sounds of the surroundings can be heard, following the calm rhythm of the images, which looking backdrop-like and with their specific lighting are reminiscent of theatre stage. From time to time, a full speed train cuts through the continuous series of scenes and silence. In the following moment, the train multiplies itself and runs through a virtual space straight at the viewer. Ordinance represents a parable of time and space. Both phenomena are not simply presented in their mysteriousness – actually, this characteristic is even emphasized. Through the dislocation from a concrete space and time – the waiving of a concrete narration makes the perception of a time flow all but impossible – they both become even more conspicuous. The individual sequences all dissolve in simultaneity.